The reviews are coming thick and fast at the moment (by my usual standards anyhow) and I am loving it. I have read Silver Sparrow by Tayari Jones as it was a catch up BOTM read. I didn’t manage to get through all of the 2018 ones but there were a couple I knew I definitely wanted to carry over to 2019; this being one of them. I loved Tayari Jones’ An American Marriage (see my raving review here) so I was excited to give Silver Sparrow a go. I actually finished this book last night, but I’ve only just had a chance to sit down and get this written.

James Witherspoon shares his life with his brother, his mother, his two daughters and his two wives. It’s the 1980’s in middle class Atlanta and James has managed to lead a double life for nearly two decades. One wife and one daughter know that the other family exists and remain a secret. Until the two daughters, both the same age, meet each other and form a relationship. One daughter knows that they are sister, the other does not. This story tells the story of each character in the book and lets the reader into the happiness and heart breaks on both sides.

I have to be brutally honest and say I didn’t enjoy this book as much as An American Marriage. Now, that could be for a number of reasons;

THAT SAID…I did still enjoy this book. I didn’t dislike it, I didn’t love it, but I did really really like it. I think that it is easy to think of scenarios like these where people have secret families, relationships or children as dramas we watch on Netflix or stories we read in books, but they’re real, they happen and people live through them. More than I think some of us really appreciate. In some societies this happens all the time and is considered quite normal, however devastating and life destroying it may be.

I liked the way that the book was split into two, Part 1 told from Dana’s perspective (secret daughter) and Part 2 told from Chaurisse’s perspective (acknowledged daughter). Interestingly, I went through part 1 sympathising hugely with Dana. She sacrificed so much in order to protect the secret and had to watch as her sister got first pick of everything. Then I got to the second part and was hit with sympathy for Chaurisse. Upon learning of her Father’s deceit, she felt cheated; by both her Father and Dana. Thinking about it, I don’t know which I would have preferred.

As I said, I did really really like this book and I think my mind is still taking it in and considering all the if’s, buts and maybes. I don’t know how I wanted this book to end, but in reality I don’t think it has. I’m still trying to put myself in both girls shoes and I still don’t know which one I feel for most!

“He’s your father, but first he is a man. A man is just a man, and that’s all we have to wok with.” – Silver Sparrow by Tayari Jones 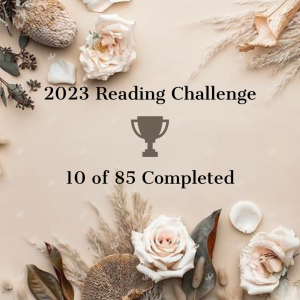