She’s young, smart, ambitious and eager to learn. Her first job out of college is in television and it comes with a set of unspoken rules. You will work whenever you are asked to, you’ll do whatever you’re asked to, you won’t complain, you’ll wait your turn for promotion and most importantly for the females; you’ll stay looking pretty.

Rumours start to circulate around the office that there are sexual predators working amongst them and the realisation sets in that there is a lot to lose by speaking out and plenty to gain by staying quiet. She knows her own boss is a great guy though and he would never do anything untoward….would he?

I enjoyed this book so much. I thought it was so insightful, even though it was about a subject that as a female, we can all relate to, we all understand and a lot of us have probably had some experience of. The story is set prior to the #metoo movement and therefore many of the females didn’t feel comfortable speaking out about their experiences or even worse, downplayed them. I thought it was important that even characters that were very in touch what what was acceptable or not fell into that trap.

I have to start off with the mother. My goodness, what an aggravating woman I found her to be. She was needy, unreasonable and insistent on maintaining a strong dependency between herself and her daughter. I don’t know how the daughter (I keep saying daughter as she was unnamed in the book) kept her patience and was mostly able to stay polite and courteous as I think I would have cut ties very early on.

I loved the main character in this story. Although I don’t think she would have described herself in this way, I thought that she was extremely strong willed and she had a firm understanding of her own boundaries. Until her boundaries were crossed. It was at this point that I think she became vulnerable and for me a very relatable character. Sometimes it’s easy to preach about what you would do in a theoretical situation, until you are facing it head on.

For a relatively short book, the author was able to pack so much into this story. I thought that the narrative was interesting and paced well. I didn’t feel like I wanted to tear through it but that’s because I didn’t want to. I wanted to know what the characters were feeling and what their next move was going to be and I think that was done really well.

I think that the author was able to beautifully capture being female in your twenties. Though I’m passed that in my life now, this book brought back all the feelings of realising that the world is hard, you have no idea what you’re doing and you question everything you thought you knew about the people in your life. I do not miss any of the above, but I did appreciate the reminder and the confirmation that it happens to most of us.

I got through this book in pretty much one sitting and I really enjoyed it. The main character is one that I couldn’t help but fall in love with and root for. I was a teeny tiny bit disappointed with the open ending but hopefully it means that there may be more to come as I would love to read more about these characters and their lives. This book did a great job of forcing me to question “what would I do?” but hopefully, I’ll never have to find out. 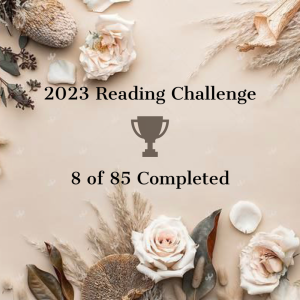