Hope you all had a marvellous weekend. This felt like the first weekend of glorious weather and I made the most of every moment. I was out in the garden from first thing on Saturday morning through till Sunday evening. It was a very productive weekend full of gardening and sunshine.

Thank you to @HarperCollinsUK and @SamHollandBooks for this audio copy of The Echo Man in return for an honest review. The Echo Man was published on 14th April 2022 and you can get a copy here.

There are murders happening across England and nobody is seeing a link between them. They’re all different but equally gruesome and brutal.

Jess Ambrose is dragged into it after her house is set alight, killing her husband and hospitalising her and her daughter. The police are pointing the finger at Jess, so knowing that her daughter is in safe hands, she’s makes a run for it. The only person who seemingly believes that she’s innocent is suspended detective Nate Griffin.

It doesn’t take the two of them long to figure out that these murders do have something in common. They are all copy cat crimes of notorious killers from years gone by. The so called Echo Man doesn’t plan on stopping at copying though, he is planning something huge. Something that will shock and disgust even more than anything that has come before.

I love me some gruesome reading and this book didn’t disappoint. The crimes described in this book were horrific and there was no holding back with the descriptions. As horrible as it was to read, I appreciated the detail. I can sometimes get annoyed by books that skim over the details, I need the details.

The storyline was very twisty, very turny and there were lots of red herrings thrown at us readers to confuse us and put us off the scent. Every time I thought I knew who the serial killer was, I was proved to be wrong. The moment I started quizzing myself about who had done it was when I knew I was going to binge listen the rest of the book.

I had some firm favourite characters from The Echo Man. The first being Jess. I felt so sorry for this woman. She was really put through it and at times I don’t think I would have blamed her for just giving up and quitting. I think if she hadn’t had her daughter, she wouldn’t have continued to go on trying to avoid arrest and prove her innocence.

Nate was my second favourite. Another damaged character which is probably what drew him and Jess together and bonded them. He had battled through so much and understandably had become quite obsessed with finding out who the killer was. I felt bad for him as I didn’t think that his colleagues gave him enough credit and had written him off as damaged goods.

As I’ve already said (but it needs to be said again), this book is gruesome. It’s not for the feint hearted and if you’re queasy stomached or get spooked easily, then this probably isn’t for you. Fortunately, I gobble this stuff up. I fall asleep to murder podcasts, so I loved all of the gore.

Sam Holland did an absolutely fantastic job of weaving together this story and bluffing the reader. I don’t think any of the story was predictable and the pace of the entire book was spot on. I couldn’t stop listening and was finding myself listening into silly o’clock with droopy eyes just to try and find out what was going to happen next.

I thought that this was an impressive debut from Sam Holland and I can’t wait to see what comes next. Yes, some of it was far fetched and maybe a bit over the top, but it’s a thriller, I want to be thrilled! I want to feel on the edge of my seat and escape from realism. I think this was a great book and I hope to see a sequel. 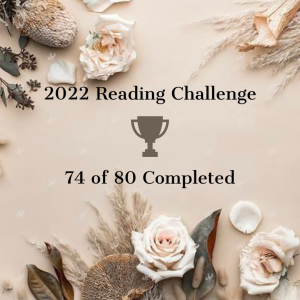